What did you call me?

by Monice Mitchell Simms on April 29, 2014 in Independent Publishing 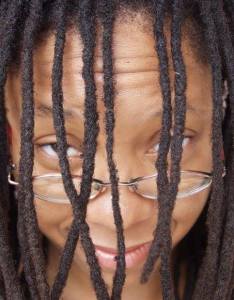 In all of my decades as an artist, I have been (and still am) all kinds of independents.

And all of them — at least whenever I introduce myself as such to someone — pretty much elicit admirable responses.

Yet… For some reason, whenever I tell some folks that I’m an independently published author with one novel under my belt and a children’s book on the way, they look at me like I came in last place in a skid row marathon.

And then have the nerve to  congratulate me for “self publishing.”

I can’t tell you how much that burns me up now. I’ve busted my tail independently publishing my books.

Not only do I constantly study the craft of writing, but I’ve taken the time and resources to employ the advice and assistance of other independent publishing experts – editors, publishers, graphic designers, marketers – to professionally produce the best quality books I can.

Not everybody does that. I get that.

I also get how nothing ruins a reading experience more than spending your hard-earned cash on a poorly written book peppered with typos.

The authors of these books are not my  friends.

They make my life as an independent author that much more difficult and are the reasons why the general public still think independent publishing is a shoddy consolation prize for amateurs who aren’t good enough to get a “real” publishing deal.

O.K., let me take some deep breaths. I recognize putting real in quotes makes it sound as if I’m mad at readers. I’m not.

Independent and digital  publishing is as easy as few mouse clicks now and because of that, there are plenty of offerings out there proving what they believe.

I’ll  even take it a step further and say that 75% of those books are indeed self-published and don’t  deserve the title Independent Publishing, because they are overwhelmingly one-(wo)man operations.

No editor proofs their work. Forgoing quality paper or binding — for impatient or short-sighted reasons (finances, I can understand) —   they only publish digitally.

Independently published authors, on the other hand, don’t go it alone.

We are smart enough to recognize that independent just as traditional publishing is a team sport and we enlist the skills and services of other professionals to produce quality work worthy of your interest, support and dollars.

Independent musicians and filmmakers have been doing it this way for years. And they’ve earned our love, admiration and downloads. Not because they’re independent producers. But because they assemble their tribe of professionals, swing for the fence and create art that rings true.

Don’t believe me? Consider this:

And just this past April, Prince – arguably the best musician/performer/ independent artist to ever grace a stage – won back his masters and re-signed with his former record label, Warner Brothers.

Fam, all of these are examples of independent artists making it do what it do. No one would dare consider “Slumdog Millionaire,” Macklemore and Ryan Lewis or Prince hacks. Nor would anyone think their achievements were consolation prizes.

Alright, alright, I hear you already. That’s because they’ve all won awards, right? O.K., you got me there. And no, I’m not delusional enough to compare myself to Prince.

All I’m saying is that I and many other independent authors (along with our tribes of professionals) work just as hard as the teams behind “Slumdog Millionaire,” Macklemore and Lewis and Prince to publish and market our books.

We just haven’t received the accolades yet.

So, I ask you…No, I beg you…The next time you meet an independently published authorpreneur, please don’t slap the “self-publish” label on her forehead before you view the quality of her book for yourself. It’s insulting. And at its very worst, inaccurate.